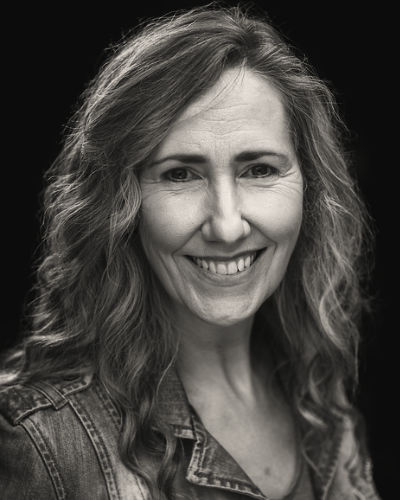 Fiona studied English Literature and Theatre Studies at Leeds University, and then went on to study acting in London, at The Whitechapel Academy. From thereon in she never looked back, and has been working as an actress and presenter ever since. Her background is steeped in touring and a lifelong love of Shakespeare. Theatre in education, and workshops in schools, gave a firm grounding for working with young people, which she still does to this day. Fiona is also an experienced presenter and voice over artist, and works extensively in the corporate sector.

Panto Ever After came about, after working for many other companies for over 20 years. Fiona has appeared in numerous pantomimes, as a great many characters, from Fairy to Queen, to Villain and the Giant. Working in great venues such as: The LOWRY, Manchester, The CHARTER THEATRE, Preston, The GEORGIAN THEATRE ROYAL, Richmond, The FORUM THEATRE, Billingham, The PRINCE OF WALES THEATRE, Cannock, The LIBRARY THEATRE, Darwen, The NEPTUNE THEATRE, Liverpool, the TAMESIDE HIPPODROME, and The MUNICIPLE HALL, Colne.

She’s done them all, and enjoyed every minute. “Panto Ever After is all about the story telling. The challenge of working in traverse delivers a new found freedom for the actor, you can move and change position easily, and it creates an exciting intimacy for the audience. On opposite sides the audience see both a different view point, and each other. They are not distant and divorced from the action, they are fully immersed. As an actor you are not separate, the audience are close, which is great fun, and all the reactions are immediate and seen. It’s pantomime at its best!”

Collaborate with Panto Ever After

If you are looking for a fresh, dynamic company to work with to produce your family entertainment, we would love to hear from you to see how we can work together.

Please fill in the areas below, and we will contact you to talk through all options for your venue.